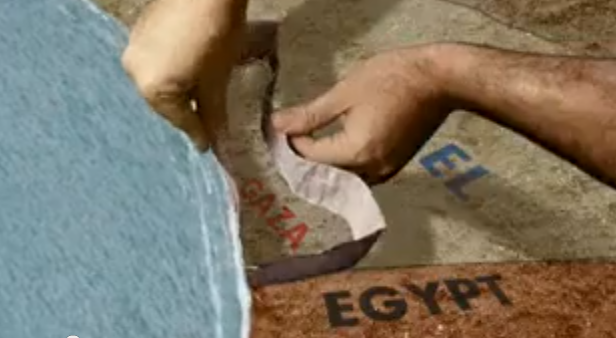 An animator of the celebrated Israeli war film “Waltz with Bashir” has illustrated a new film depicting the life of a fictional boy in the Gaza Strip during the Israeli blockade of the coastal territory.
***
Yoni Goodman’s short film “Closed Zone” runs only a minute and a half and was created for the NGO Gisha, a group devoted to freedom of movement.
***
A spokesman for Gisha said that “though the use of a single animated character, Goodman tries to cause the viewer to feel empathy for the people of Gaza and see them as they are – a million and a half people who only want to live out their ambitions and dreams, something they cannot do because of their ability to move freely.”
***
Goodman said that when making the film, “it was very important for me to create a character that anyone can connect to. I hope that when people see the movie, they will be able to detach themselves from the automatic view of good or bad. “People talk about Hamas, but there are many civilians there who are not Hamas supporters but who are suffering from this blockade,” Goodman added. http://haaretz.com/hasen/spages/10686…